Will Solar Add Value to Your Home When You Sell? 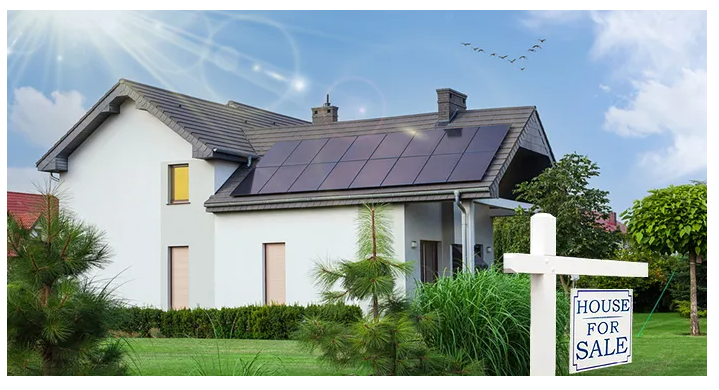 Slapping solar panels on the roof may save homeowners some money on their electric bill, but will it also raise their home’s value when they sell it?

Many homeowners consider adding solar panels for one (or a combination) of three reasons:

Very few people will argue against it being an earth-friendly decision to make if that’s the motivation.

And, theoretically, they should save you money on electricity. But you should do some serious math before signing on the bottom line. They may cost you more to install and upkeep than the savings they will generate, depending upon how long you plan on staying in the home.

However, if you’re doing it with the notion that it’ll add value to your home when you sell, you may want to think twice before signing on the dotted line.

First of all, it’s difficult to quantify how much, if anything, solar panels add to the bottom line when you sell your house. But more importantly, they could limit your pool of buyers considerably for a few reasons:

But the reality is, there’s a good chance you’ll hear a solar salesperson tell you that it will add value to the home. Ask them for the data that backs up the claim, and make sure the data is specific to your area. In all likelihood, anything they can point to will be general and broad strokes. It would be highly unlikely that a solar salesperson would be able to accurately assess exactly how much value it would add to your home.

Perhaps someday every home will have solar power, but at this point that isn’t the case.
The demand and appeal for solar panels will vary depending upon where you live, the local market conditions overall, and the mindset of the buyers in your area.

So if you’re concerned about how much solar panels will add or detract from the value or saleability of your home, speak to your local real estate agent (ahem!) before committing to putting them on your house. Your agent can advise you on how well-received solar panels are by buyers in your area, and price range, and help you assess how much it will add to the value of your home, if anything.

Related Articles
Selling Why an Agent Is Essential When Pricing Your House When it comes to pricing your house, there’s a lot to consider. The only way to ensure you price it right is by partnering with a local real estate professional. To find the best price, your agent balances current market demand, the values of homes in your neighborhood, where prices are headed, and your home’s condition. […]
Selling Thinking of Selling Your Home Yourself? Think Again… Thinking of Selling Your Home Yourself? Think Again… Surveys show that many homeowners and homebuyers are not aware of the true value a REALTOR® provides during the course of a real estate transaction. The National Association of Realtors found that homes sold through the Multi-Listing Service sold 20 days faster on average, and 20% of FSBO […]
Selling Reasons FSBO’s Fail & Why You Need a Realtor® February 3, 2021, By FastExpert Here is a great article why selling your home on your own (For Sale by Owner – FSBO) might not be the best option: Reasons FSBO Home Sellers Fail Not Understanding the Process Selling a house is not as easy as selling a car. It’s an extensive process that demands a lot […]